Every one is talking about the big new beautiful cruise ships carrying up to 6,000 passengers and almost 2,000 in crew. They have flow-riders, rock climbing walls, ice skating rinks, bumper cars, zip lines, Broadway shows and ten or more restaurants. You will find that these ships cater to families, couples and singles with a younger age demographic.

Then there is another Cruise World out there. The expedition cruise ships usually range in size from 100-300 passengers. They sail to all seven continents. They all have highly qualified expedition teams aboard who are experts in their field, (marine biologists, ornithologists, divers, historians, photographers, and more). Excursions and activities include zodiac cruising, diving, hiking, kayaking and snorkeling. Most also include complimentary expedition gear: Haglof’s parka, boots, wet suites, snorkeling and diving equipment. The ships sailing to the Arctic and Antarctic have ice classified double hulls. Added amenities on some ships include helicopters and submarines. The ship entertainment is limited, but heavy on lectures from the expedition teams.
The most exotic of the expedition cruises, is without a doubt, Antarctica. I was fortunate enough sail from Ushuaia, across the Drake Channel to Antarctica. I put on a parka and boots, provided by the cruise line and a zodiac landed me on Antarctica to walk among 1,000 penguins.

The temperature was in the 40’s, and it remained light for almost 24 hours. Back to the ship to celebrate the arrival of the Millennium. It is a feat that few people in the world will ever have the chance to experience. The lecturer on our cruise was Ernest Shackleton’s grandson.

The Southern Hemisphere has the Antarctic, and the Northern Hemisphere has the Arctic, home of polar bear, walruses, whales, caribous and sea birds. The ships follow the paths of explorers who sought the northwest passage, and the Vikings who sailed to conquer new lands. Crystal Cruise Line, with the help of an ice-breaker ship, completed the passage trip this year, and will repeat it again next year. Crystal is not an expedition ship. Iceland, with it’s geothermal landscapes of geysers, sulphur pits, boiling mud pots, volcanoes, and a chance to soak in hot springs, is also on the exotic ship’s ports of call. Hurtigruten does Norwegian coastal voyages that do fjords and continue above the Arctic Circle. They will also have four ships in Antarctica this winter.

Back to the Southern Hemisphere and we find the Galapagos Islands. Explore Darwin’s living laboratory of evolution. Gaze at creatures born from geographic isolation and the slow passage of time. Marine iguanas perched on lava rocks, a giant tortoise feeding upon the only land it has ever called home, flora and fauna endemic to these volcanic islands in the Pacific and also the home of the red footed and blue footed boobies. The Galapagos belong to Ecuador, and have a maximum of 100 passengers on the ships.

The following cruise lines offer cruises to these exotic destinations. Silversea’s luxury ships sail to all of the destinations. Hurtigruten does the Arctic, Antarctica, Iceland and Norway. Crystal does the Northwest Passage and has new expedition ships coming, Celebrity does the Galapagos, Scenic Cruises has a new ship that will be in Antarctica next winter with helicopters and a submarine. 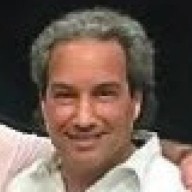