Visitors can cruise around parts of Atlantic Avenue in downtown Delray Beach in a new themed golf cart.

The Celebrity Cruise Edge cart, which is the newest addition to Katcha-Ride, a mobile marketing company that provides free transportation in a five-passenger golf cart, has begun its travels after a July 11 ribbon-cutting ceremony.

The Celebrity Edge cart is a collaboration between Celebrity Cruises and Dash Travel, a Delray Beach travel agency that’s been in business for 60 years. 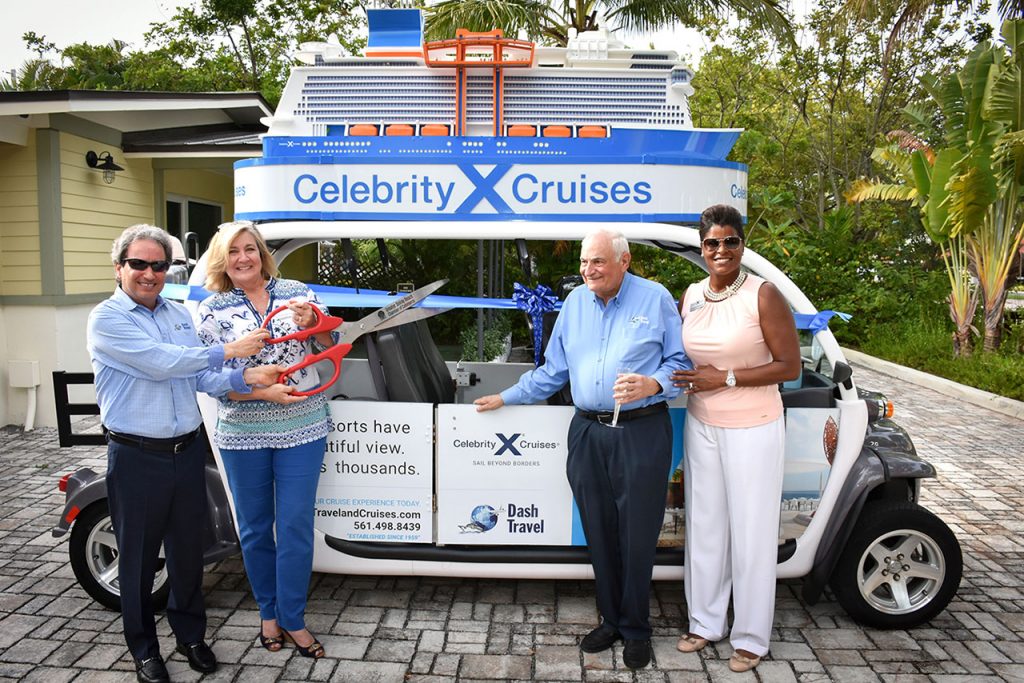 “Katcha-Ride, in general, when it’s parked, people gather. It’s magical just to see the people smile and to see the cruise ship illuminated at night with Celebrity and Dash. It will be the talk of the town for years to come. It really sets itself apart,” said Jeff Dash, of Dash Travel.

The three-dimensional, illuminated display features imagery of the Celebrity Edge on both sides of the cart that will be changed quarterly. The back of the cart will feature a suitcase with information about Dash Travel.

The Celebrity Edge cart will join Katcha-Ride’s other carts on the road such as the Silverball Pinball Museum, BurgerFi, Earnhart law firm and Young Dentistry, among others.

“As far as I know, it’s the only one like it in the world,” Kevin Rainey, owner of Katcha-Ride, said about the new Edge cart. I haven’t seen any other 3D illuminated displays. We create advertising that’s unforgettable that people will always remember.”

Rainey, who was in the outdoor advertising business, started Katcha-Ride four years ago, after seeing a competitor do something similar, he said.

“I felt they had an interesting business, but felt I could improve on it, and that’s what I did. This thing I am doing, it’s being done all over the country in many states wherever the climate and geography works, but what’s different about Katcha-Ride is we build three-dimensional illuminated karts,” Rainey said. 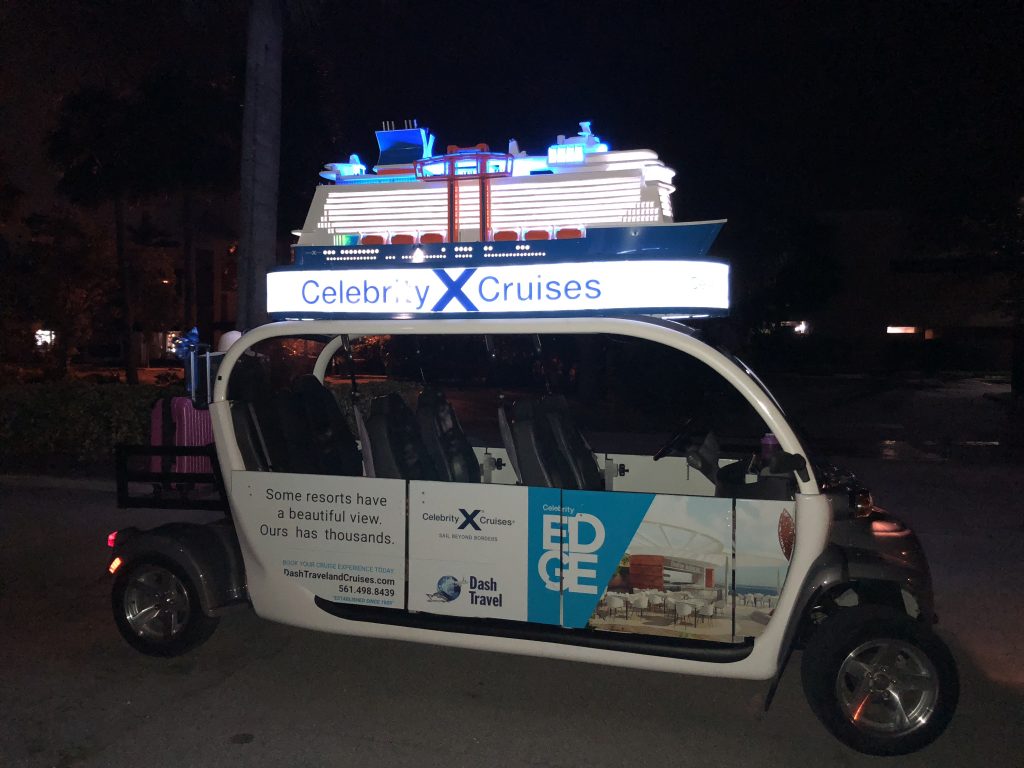 Katcha-Ride goes along the ocean to Swinton Avenue on Atlantic Avenue and extends half a mile north and south of Atlantic, and no apps are needed, he said.

The Katcha-Ride operators aren’t just drivers. They also help market for the different businesses the carts represent, Rainey said. For the Celebrity Edge cart, the drivers will be giving out information cards to passengers with details about Celebrity Cruises. 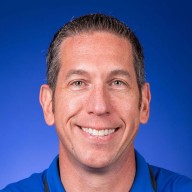